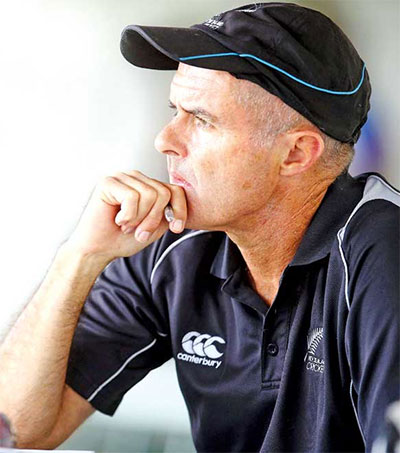 On a recent visit to Secunderabad, India, New Zealander Bruce Edgar met with coaches of the St John Sports Coaching Foundation. Talking to Telangana Today, Edgar said cricket has changed quite significantly from the 80s.

Former New Zealand opener Edgar has said the relations between a captain and a coach is like a good marriage. “The coach’s role is important and so is captain’s. It is like a good partnership. The coach gives the captain an opportunity to lead in the best possible way and that is what leads to good relations.”

“They should come into an agreement particularly on selections. At the end of the day, the captain is on the field and he is backing his players. But if you have conflict and contradiction, it can lead to confusion and power struggle. So, it is important to keep the chemistry right otherwise it will lead to unhealthy atmosphere. It is like a marriage, listen to each other, communicate and at the end of the day if the communication breaks down, you will end up in divorce,” said the 60-year-old coach referring to the recent controversy between Indian captain Virat Kohli and Anil Kumble.

Edgar said the game has changed quite significantly since the 1980s. “We didn’t have a coach,” he said. “So the captain was very much in charge with selectors sitting about the captain. In subsequent years, the coaches have come to play a different role. The coach can be a selector as well which I really think is important. You often hear coach being sacked if the team doesn’t perform.”

Edgar, who made his debut in 1978 before retiring in 1986, also talked about the advent of T20 cricket. “Nowadays you have knuckle ball, back off the hand delivery, cross seam. So are the spinners. They have come up with various variations. A bowler cannot be predictable because a batsman can target a bowler. As far as batting, the bat is a lot better now as there is more wood, lifer and more power. So the ball is going to a big distance.”

For Edgar, playing against Indian bowlers, particularly the spinners, was always challenging but Kapil Dev was the bigger threat. “Kapil Dev was for me the biggest challenge to me. He swung the ball nicely. He was not super fast but quick enough to keep you on toes.”

An accountant by profession, Edgar was born in Wellington. According to Wikipedia, “he was one of the best batsmen New Zealand has ever produced.”