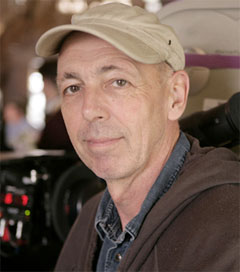 Close up with Cinematographer Stuart Dryburgh

Acadamy Award-nominee New Zealander Stuart Dryburgh is interviewed in the August issue of American Cinematographer magazine as part of the “Close-Up” section of the publication which each month features a member of the American Society of Cinematographers.

Dryburgh told American Cinematographer that his “first serious attempts” at photography were documenting his family’s immigrant journey by ship from Britain to New Zealand. “The results were somewhat mixed,” Dryburgh said.

“When I started in the business, I was blessed to gaff for a great group of New Zealand cinematographers, notably Alun Bollinger, John Toon (NZCS) and James Bartle (NZCS).”

“I was fortunate to get involved in film in New Zealand when the business there was just getting started. I was interested, unemployed and therefore available. After a decade as a gaffer, I was asked to shoot some low-budget commercials by a few directors who had got to know me and figured I knew how to light. Then, shooting Kitchen Sink, a short by Alison McLean, led to meeting Jane Campion and getting the opportunity to shoot An Angel at My Table.”

Dryburgh is the director of photography on comedy The Secret Life of Walter Mitty, starring Ben Stiller and Sean Pean, which is scheduled for released on 25 December 2013. Dryburgh completed a degree in architecture at the University of Auckland.