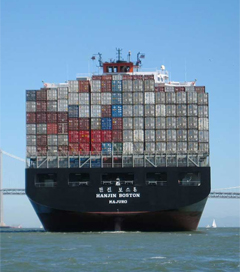 China has overtaken Australia as New Zealand’s biggest export market for the first time, buying more meat, dairy products and pine logs, while shipments across the Tasman have fallen, says the Sydney Morning Herald.  The paper reports that, in the first quarter of 2013, New Zealand exports to China jumped 32 per cent to $2.3 billion and imports rose 2.8 per cent to $1.8billion. This outpaced trade with Australia, which took $2.2 billion of New Zealand’s exports, down 7.3 per cent over the same period. Australian exports to New Zealand, during the first quarter of 2013 totaled $1.5billion, down 5.3 per cent. The rise of China to be New Zealand’s biggest trading partner underlines the importance of high-level delegations to Beijing, such as business and cultural mission led by Prime Minister John Key in April. New Zealand exports to China have more than tripled since the signing of a free-trade agreement in 2008, while it is the largest source of foreign students and one of the fastest-growing sources of tourists. Australia was still the dominant market for New Zealand for the past year, taking $9.7 billion worth of New Zealand products. But New Zealand economists say it is inevitable that China will soon be New Zealand’s biggest trading partner on an annual basis as well.