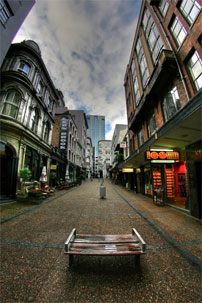 Auckland is the seventh-cheapest tourist-friendly city in the world, cheaper than Marrakesh in Morocco, rated eighth. The website Tripadvisor has launched TripIndex, which compares the cost of 5 tourist cities around the world. The cities were ranked on the prices of an 8km taxi ride, a night in a four-star hotel, some pizza and a dry martini from a five-star restaurant. Auckland came seventh, with a total of $173. Number one, Bangkok, cost $131.8 and Beijing $141.3. The most expensive city was Paris, which cost $57.2. Auckland Mayor Len Brown said the news was “fantastic” in the lead-up to the Rugby World Cup. “It’s marvellous and helpful to be communicating our affordablility, but it’s also an indication that we’re coming through a really hard time,” Brown said.