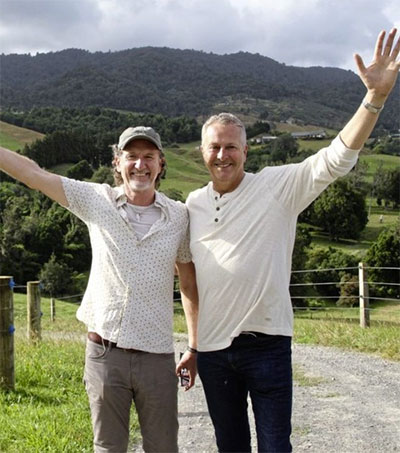 The pair embark on a culinary road trip following the trail of the Ulster Scots who travelled and settled in New Zealand.

With their ‘boys on tour’ style of presenting, both chefs get to meet local people with historical connections to Irish and Scottish immigrants who settled in New Zealand, bringing with them a traditional Ulster-Scots knowledge of food.

Rankin (pictured left) says that working on the show is an “absolute privilege” and one he could never say no to as he loves the prospect of combining travel with his love of food.

“I always knew there was plenty of northern Irish folk out in New Zealand and we [the Ulster Scots] had been going out there for years and years. I don’t think anyone ever told me how absolutely beautiful, incredible and amazing New Zealand really is,” Rankin says.

“The nature is off the scale – amazing. It’s kind of like the north coast [of Ireland] and bits of Scotland on steroids and with amazing weather. You can imagine the beaches along the north coast with warm water and sunshine.”