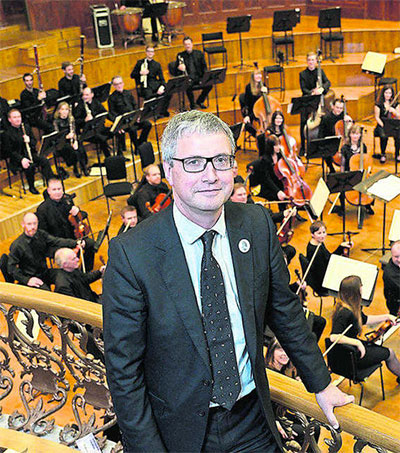 Wigley talks about “channelling the energy” of the orchestra and praises its warm sound. When asked whether he considers himself as important as the conductor, the New Zealander smiles and gives a smart answer.

Wigley had a good introduction to music in his native Palmerston North. He reveals he has loved the big sound of an orchestra since he was young.

“There were nine people in our family, with six boys, and we were all taken to orchestral concerts. It was the sound of it that hit me. Even if somebody didn’t like Beethoven, they’d tell you they loved the sound of the orchestra. It’s what drives me in what I do.”

He progressed to playing the oboe, then transferred his allegiance to the bassoon and was a professional musician in the Halle Orchestra.

He likes the idea of musicians using their creativity outside the usual repertoire and says that in Amsterdam, he encouraged some string players to develop a concert in the folk idiom that was “electric”.

When Wigley’s excitement about playing waned, this coincided with a growing enthusiasm for his role as education director at the Halle. The woodwind section’s loss was music management’s gain.