NZEDGE  >  News  >  Sport  >  Breakers a Basketball Outlier With an Inside Track 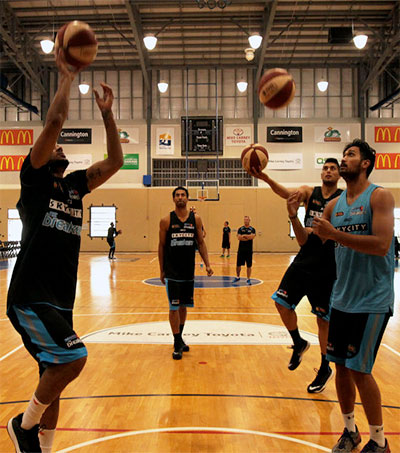 Breakers a Basketball Outlier With an Inside Track

“The New Zealand Breakers are the most unconventional team in Australia’s National Basketball League,” Scott Cacciola begins in a feature article, part of a series chronicling good basketball around the United States, and the world, recommended by readers of the New York Times.

“For starters, they are the only team in the league that is not from Australia. It is also worth noting that they practice in a converted power tools warehouse, where they have two full-length courts, a film room, offices for staff and several well-appointed vending machines.

“The owners, Liz and Paul Blackwell, are not particularly interested in making money off the team, and its chief executive officer, Richard Clarke – who was promoted after a successful stint as general manager – says that he knows almost nothing about basketball. But the Breakers, with their homegrown roster and homespun charm, know how to win.

“The Breakers have won three of the league’s past four championships, a stretch of dominance that was unthinkable when they were founded in 2003.

“The Breakers, who are sponsored by a casino, lean on the fundamentals: passing to the open man, running the floor, taking good shots. Cedric Jackson, 28, one of three Americans on the roster and the league’s most valuable player in 2013, returned from Europe this season to cement his celebrity status.

“‘I’m on a billboard,’ Jackson said, no small feat given the country’s all-consuming passion for rugby and cricket.

“The Breakers also have a robust developmental programme that draws on young players from New Zealand. Six of the team’s 10 current players are products of the system. The Breakers also run an academy for promising players between the ages of 14 and 19. Tai Wynyard, a 17-year-old developmental player for the Breakers, committed last month to play college basketball at Kentucky – a sign of progress if ever there was one.”