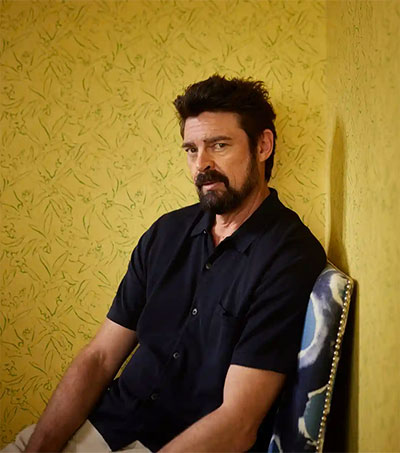 Although Amazon’s The Boys is an ensemble show, Stuart Heritage writes for The Guardian, with a sprawling collection of superheroes and antihero vigilantes, New Zealander Karl Urban has emerged as the show’s lead. His character, a violent everyman turned vigilante called Billy Butcher, dominates the show’s posters; his ferocious quest for vengeance drives forward the plot.

The show was a hit over lockdown – it is now probably Amazon’s flagship series – and public hunger for new episodes has been palpable for some time, Heritage writes.

This season, Butcher will get superpowers. Was it fun to finally get to be a superhero? “I had a lot of discussions about what having powers might be like,” Urban says. “And I was like: ‘Well, it’s gonna hurt, right?’ It comes back to the question: what is the cost of power? The cost is that it actually causes an extreme amount of pain.”

Original article by Stuart Heritage, The Guardian, May 31, 2022.