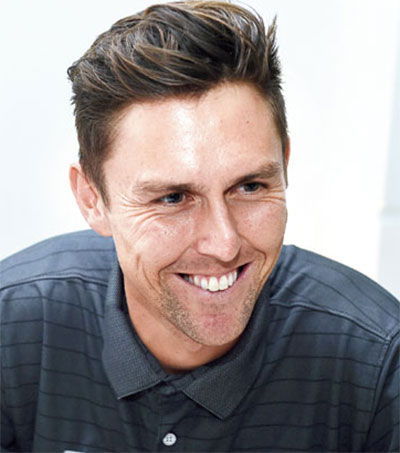 Bowler Trent Boult Enjoys the Challenge of the IPL

New Zealand international cricketer Trent Boult, 28, who has quickly emerged as a leading new-ball bowler in the past few years, spoke to The Telegraph India in the lead-up to the recent Indian Premiere League (IPL) XI match at Eden Gardens in Kolkata.

Boult is in his debut year with the Delhi DareDevils, his third franchise in the numero uno T20 league, and arrived in India on the back of superb performances against England at home.

“England are a quality side, so I was satisfied with my performances,” Boult told the newspaper. “Test cricket is, as you know, my favourite and a very fine team effort helped New Zealand win a series against the visitors after almost two decades.”

The Telegraph asked: “You came into the IPL a matter of days after the Christchurch Test, forcing you to quickly adjust. How did you cope?”

“Heat hits you,” he replied. “The wickets are also different, but you have to quickly move on. That’s the way the world works today, with so much cricket going on. It’s a challenge I enjoy.

“The IPL has a massive viewership, which means many are constantly watching you. The expectations are big, so there’s pressure. However, the IPL is a huge stage and I’d like to pit myself against the top batsmen.”