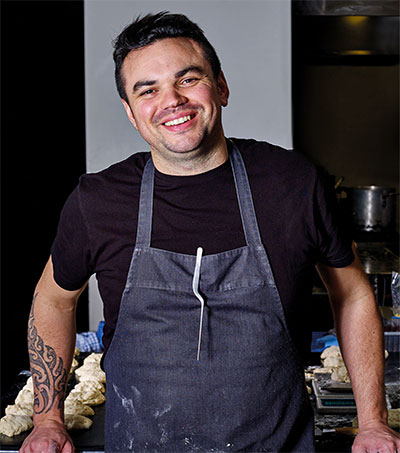 “Just an hour’s drive from the city, you can easily be in the heart of wine country sampling vino in one of the more than 40 sprawling wineries lining the Yarra Valley, once Melbourne’s main food production region.

“It’s no surprise then that Melbourne is home to its own crop of award-winning restaurants like Attica, voted the best in Australia in 2016 and ranking 33 on the list of the World’s 50 Best Restaurants (the only one in the country to make it).

“Australian-influenced tasting menus here hover around AUD$200, but for something more affordable and just as whimsical, book a seat at the newest degustation spot in town, Ides. Ides is the brainchild of Gunn, who spent five years as sous chef under Attica’s Ben Shewry.

“Initially a series of monthly dinners served everywhere from warehouses to tram cars, Gunn gave these pop-ups a permanent location in the form of a narrow, 36-seat restaurant in the up-and-coming suburb of Collingwood. The concept here is simple: six courses (four savoury, two sweet) inspired by small producers and boutique wineries. It’s the kind of place where the server encourages you to play with your food, so get ready for unexpected flavour pairings like corn-fed chicken and sorrel served alongside accompaniments like boiled egg with caviar, almond purée, and grilled broccoli sauce, meant to be mixed and matched to suit your style. Once a month, devoted fans of the pop-up can swing by and taste test some of Gunn’s off-the-menu creations during themed ‘One Day Sunday’ dinners.”