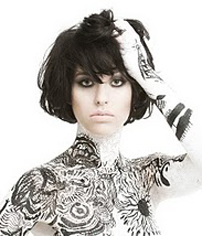 Twenty-one-year-old singer Kimbra’s debut album Vows is reviewed in The Sydney Morning Herald by Bernard Zuel. “On Vows, Kimbra leaps from rhythmic, multi-vocal exercises in the style of French artist Camille (a comparison which makes more sense across Vows than the Björk one usually ascribed) to low-impact R&B in the manner of the girl groups Prince used to produce, to bouncing pop choruses and slow, FM radio ballads,” Zuel writes. “So far, though, imagination and adventure are more prominent than telling songcraft, with few songs resonating beyond their genre exercise and sonic play. That’s still more than most of her chart companions can boast, mind you, and she’s only beginning.” Kimbra is from Hamilton. She lives in Melbourne. Vows is out now.