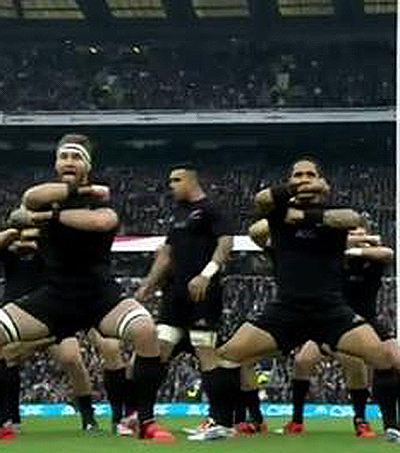 All Blacks Reign Supreme Over England

The All Blacks gained a fifth consecutive win over England, after the home side led 14-11 at half time.

But the English side made error upon error and suffered a long, slow black death in the second half.

Robshaw’s men mounted a late stand on the All Black goal-line, with the skipper arguably making the wrong call as he chose to scrummage from penalties as the seconds ticked away and New Zealand led 24-14.

A penalty try converted by replacement fly-half George Ford raised hopes of a different result but an exhausted Robshaw fumbled a pass, and the final whistle went.

“We felt we had control of the second half bar the last couple of minutes,” said Richie McCaw, who marked his 135th cap by scoring the try that put his team ahead five minutes into the second half, and they hardly looked back.

They managed to keep England out even while hooker Dane Coles went to the sin bin for kicking Danny Care, enraging Twickenham crowd, who felt New Zealand got the rub from Owens.

It hurt all the more to lose considering England had made a wondrous start with a try in three minutes from an unpromising position.

Semesa Rokoduguni’s first touch of the ball on his England debut brought the Fijian-born soldier a full metal jacket of a tackle from Julian Savea, the New Zealand try machine who had scored eight tries in his four previous tilts at the English.

But the tide changed when with 71 minutes gone, New Zealand went through a blistering 21 phases of quality continuity and handling before prop Charlie Faumuina flopped over the line. Barrett missed the conversion in the wet but the 10-point lead proved to be enough.

Full time score 24 – 21, a threat from England but not enough to beat the World Champions.