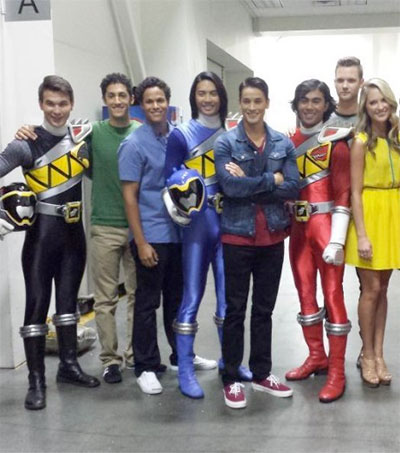 New Zealand actor James Davies will co-star as Black Ranger (pictured, far left) in Power Rangers Dino Charge, with the television show confirmed to return to the country for filming of the latest series.

Davies will be part of the group of ordinary teens who morph into superheroes and save the world from evil.

Production begins later this year in Auckland. It will be the 10th time that the iconic series has used New Zealand locations and facilities.

“The new season is particularly important as it is the first time that the production will formally engage [local] directing and writing interns to work alongside the experienced team,” New Zealand Film Commission chief executive Dave Gibson said.