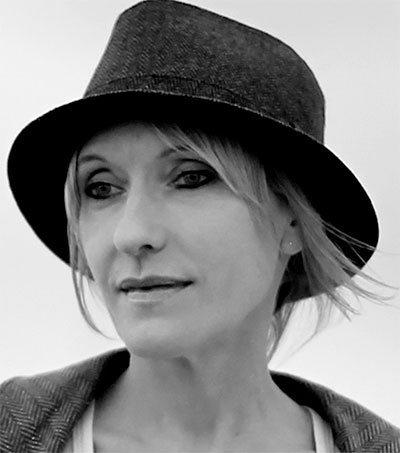 New Zealander Sarah Quigley initially came to Germany on a one-year writing scholarship in 2000. Quigley, the author of acclaimed novel The Conductor, arrived with no German and little knowledge of Germany, but was so enchanted by Berlin she decided to stay on in the city.

She talks with Deutsche Welle’s Robin Merrell on the Insight Germany programme about The Conductor, about the capital city and her struggles with the German language.

As she studied, she began to realise she didn’t want to learn the language too well as it was affecting her writing process.

“I felt no longer adept in English, and yet far from adept in German,” Quigley recalls.

“I had to block German out to remain skilled in my own language.”

In a 2012 interview with NZ Life & Leisure magazine, Quigley said that she liked the anonymity of living in a big city.

“Sometimes being able to ‘disappear yourself’ is very beneficial for a writer. Berlin offers a great deal of both physical and mental space, which I really appreciate. I also like the diversity of cultures here and the many different ways of living.

There’s not as much conformity here as there is in other places; it’s easier to find your own way of living and other people don’t put you in a box or force you to conform. This is one of the reasons so many artists and writers live here.”

The Conductor combines Christchurch-born Quigley’s twin passions for writing and music. It is based on the story of how Dimitri Shostakovich composed Symphony No. 7 (titled Leningrad) during one of the major battles of World War II.

Quigley holds a Doctorate in English Literature from Oxford.