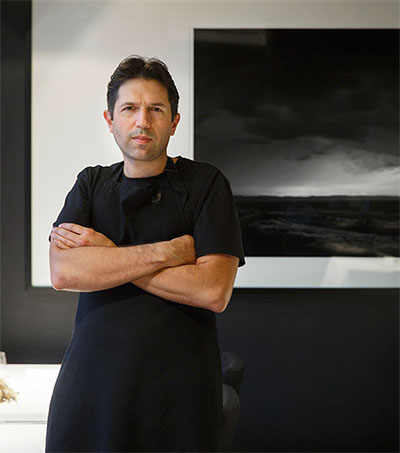 Ben Shewry is Gourmet Traveller’s Chef of the Year

New Zealander Ben Shewry, owner of Melbourne’s Attica, has been peer-voted Chef of the Year in the Australian Gourmet Traveller Restaurant Awards.

“Eleven years after answering a newspaper ad for a head chef position the New Zealand expat finds himself at the top of the restaurant pile,” Gourmet Traveller magazine writes. “He has a world-renowned restaurant and the international profile that goes with it, along with a bookings list that would be the envy of anyone in the game. The hoopla could all be one big distraction, but Shewry is in the single-minded business of making things better.

“Cooking remains an intellectual exercise for Shewry, a man constitutionally bound to look for the smooth in the rough.

“‘I like the discarded things that people say are too strong, too bad, not high value, not interesting, too cultural-cringe,’ he says.

“So where to from here? The fresh air of sole ownership has certainly put a new spring in the Shewry step. ‘Freedom is the biggest word. Also security. Now I can see where I’m going, what I’m going to do, and how. I can see Attica for the next five, 10, 20 years, and it’s great.’”