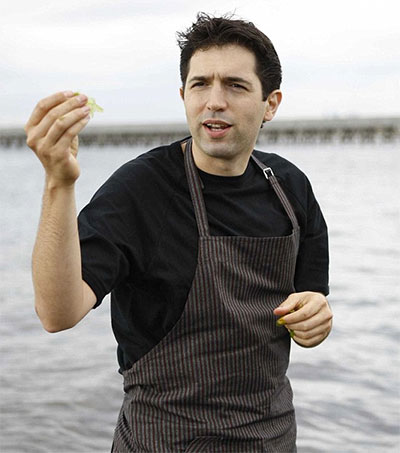 Chef and owner of “list-topping, award-gathering” Melbourne restaurant Attica, New Zealand-born Ben Shewry, has been named one of Gourmet Traveller’s “50 Most Influential People in Food”.

“[Shewry] approaches food in a way that’s as emotional as it is technical,” the magazine writes.

“He immerses himself in research, but isn’t afraid to take the plunge wherever his passion leads him. And so the food of Attica, following his own interests, is increasingly about the local, the heirloom, the ethical and the indigenous.

“That he’s also able to avoid the dogmatic and embrace the wondrous and the flavoursome is perhaps the finest measure of his skill.”

Why does Shewry do it? Gourmet Traveller asks.

“I do it because I love the interaction with people – from my team to my guests – but there’s also the euphoric feeling of creating something new for the first time. It’s a form of intoxication that you can live off for weeks.”

Shewry, 39, is originally from Taranaki.