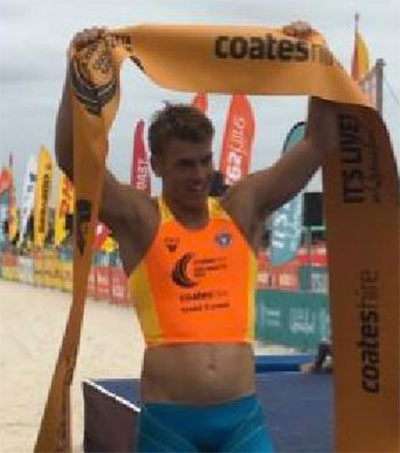 Cochrane, who is originally from the Bay of Plenty, completed the 21km course in 2hr 32min 40sec, creating a course record for the new format.

While Cochrane was thrilled with the win, he said it was the manner in which he had prepared and raced that was most pleasing.

“That was one of the most enjoyable races [I’ve done] and that’s something I’ve been working on, just trying to enjoy the process.”

Cochrane captained the New Zealand team at the Sanyo International Lifesaving Cup in Japan in July 2016.