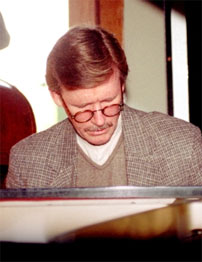 Back to the Place He Loves

Los Angeles is losing one of the greatest living jazz pianists, and a composer-orchestrator who has few peers, if any, New Zealand native Alan Broadbent. Before Broadbent moves his family to New York this autumn, he played a final recital as a local resident for Culver City’s Jazz Bakery’s ongoing “Movable Feast” series, Broadbent cautions not to call it a “farewell concert.” “The bulk of my work is as a touring musician, and I can do that from anywhere,” Broadbent says. Broadbent’s orchestrations have enlarged the work of headline singers, including Diana Krall, Natalie Cole and Michael Feinstein, and Charlie Haden’s Quartet West. The move is tinged with nostalgia. As a 19-year-old music student from Auckland, Broadbent got his first glimpse of New York in 1966. “We sailed into the harbour,” he recalls with amazement, “in the middle of a blizzard. But I could just make out the Statue of Liberty and her torch.” Confused and alone, Broadbent was also awed: “New York City is the birthplace of the music that I love.”