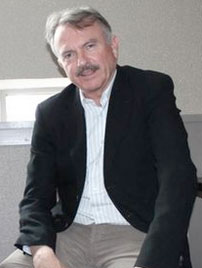 Back to His Roots Playing Cop

Sam Neill plays Belfast police chief C.I. Campbell in new BBC gangster drama, Peaky Blinders, which is currently shooting in Birmingham, Leeds and Liverpool. While Neill is one of the more well-known New Zealand actors, his roots lie in County Tyrone. His father was stationed in Omagh as an officer with the Irish Guards when Neill was born in 1947. “I was born in Omagh, we lived in Armagh and my favourite place here was Tyrella beach,” Neill said. Since the series is being marketed in America Neill has to keep his Northern Irish voice toned down. “[The producers] said not to have too strong an accent because we need to be understood; the Northern Ireland accent is very challenging,” he said. “But I enlisted the help of my friends James Nesbitt and Liam Neeson.”