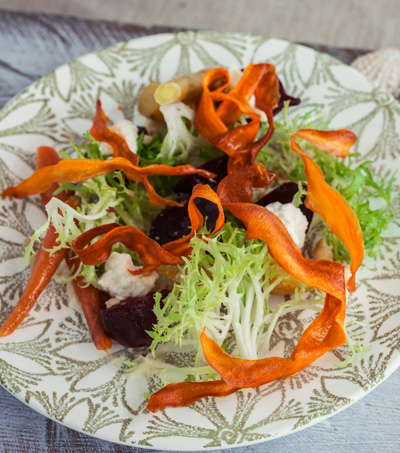 His Bach Eatery brings a taste of New Zealand to Sydney’s King Street which Potaka considers a great location for his Bach – a Kiwi beachhouse.

TimeOut Sydney describes the Bach Eatery as a place to be with “dishes that are rustic, wines that are crisp (…) and a vibe that’s carefree”.

The chef brought along Moncur’s famous marinated salmon dish to feature on the menu alongside Kiwi specialities including hokey pokey brulee, pavlova in a glass, cuttlefish and peperonata with squid ink dressing and slow-cooked lamb shoulder.

Potaka is planning to slowly introduce more New Zealand ingredients and continue to build the menu around the food of New Zealand. Advertisement