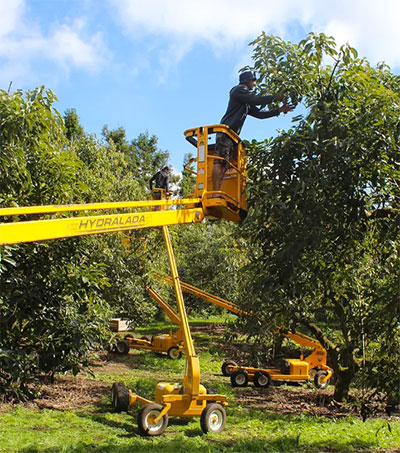 Avocado Farmers Fighting to Save Crops

As the popularity of the avocado soars, growers in the Bay of Plenty have been forced to resort to extreme lengths to protect their crop from thieves Eleanor Ainge Roy reports for the Guardian.

The global lust for avocados is driving a crime wave in the Bay of Plenty, where orchards line the state highway heavy with fruit – and largely unprotected.

Sold on the blackmarket for a dollar apiece, thieves can easily pick thousands of dollars’ worth of fruit in one night. As demand has soared, gangs with links to organised crime in the nation’s biggest city are using increasingly sophisticated methods to target the superfood, including scouring satellite images on Google Earth to identify unsecured orchards.

On the back of the fruit’s reputation, New Zealand’s industry is undergoing a phenomenal growth spurt, rising from a net worth of $70m in 2013 to $198m in 2017. In the off-season, avocados can sell for $7.50 each in supermarkets. But the avocado has become a victim of its own popularity, forcing farmers to take the law into their own hands to protect their crop.