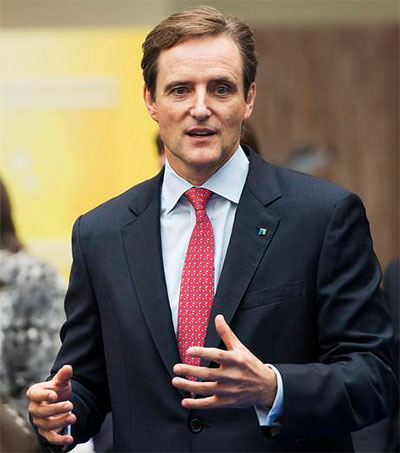 “Kiwis are meek creatures, prodding in the leaf litter for worms. But Mark Wilson, the New Zealander who runs Aviva, is a bird of more raptorial kind. Seizing the chief executive’s job three years ago, he has given the sluggish insurer the fright it needed,” Jonathan Guthrie reports for the Financial Times.

“A year ago he swooped on closed book insurer Friends Life with a £5.6bn takeover.

The strengthening of Aviva is apparent in full-year numbers published [this month]. This, remember, was a business investors once feared would fail capital tests. At the end of 2015, the Solvency II buffer was covered 180 per cent.

“The Friends Life takeover perplexed many analysts. But it has delivered a £1.2bn capital boost. That should fatten cash remittances by an additional £1bn over three years. Troublesome intercompany loans have been whittled down. Emboldened, Wilson has raised the dividend 15 per cent to 20.8p per share and hinted at higher one-off payouts.

“He was rewarded with a 4 per cent jump in the shares. You can bet he’s holding back on something, though. It is probably a raised target for merger cost savings. Aviva is a year ahead in squeezing £225m from the deal. Analysts hoped the benchmark would rise to £350m. It may yet.

“The challenge facing Wilson, who is an assertive manager, is to tweak that benchmark upwards without taking dangerous risks. In the process, feathers will fly at Aviva HQ.”

Wilson is originally from the Waikato.