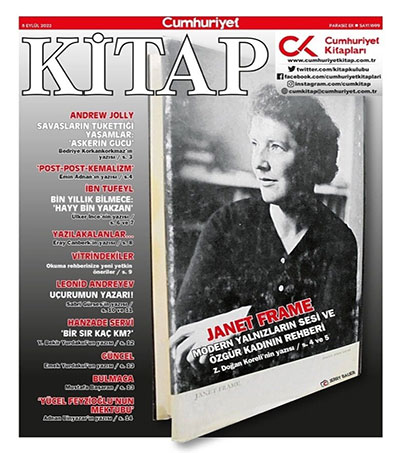 In the accompanying story about the “reclusive but internationally acclaimed author”, Z. Doğan Koreli writes that Frame “destroyed narrative templates and made her both the voice of modern loners” and “the guide of defiant free women in a blurred and sad world.”

“[She] did not give in to tragedies, was excluded as ‘crazy’, [and] narrowly escaped a lobotomy.”