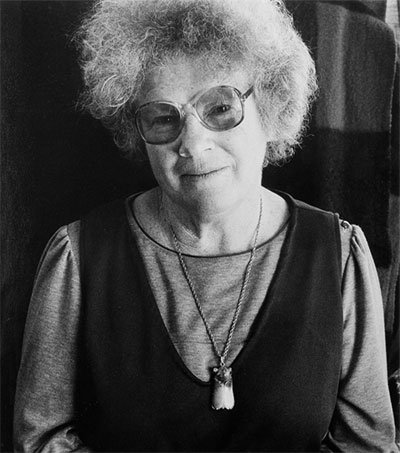 Janet Frame’s 1963 novella Towards Another Summer reimagines the New Zealand author’s “roots crisis” and is a sharp drama of fleeing, and missing, home, Catherine Taylor writes for the Guardian.

The novella’s theme – taking its title from a poem by Charles Brasch – is one of a dislocated yearning for origins, for a centre. It was brought into being by the Stockport sojourn: the book-filled house and family unit with its New Zealand emphasis, “the two little children beautiful, like little Borrowers”, as Frame wrote to a friend.

Yet almost as soon as it was completed, Frame dismissed the book as “embarrassingly personal”.

It feels personal to me too, although I never knew or met Frame. As a fourth-generation-born New Zealander (the family rumour is of our forebears arriving on “the second boat” around 1841), the literary heroes of its three islands have always been important. My mother, a near-contemporary of Frame, like her endured the cold unfriendliness of those early 1960s British winters.

In Towards Another Summer, Frame’s alter ego is Grace Cleave, a painfully shy New Zealand author of several published novels and a growing reputation, living alone in a freezing London flat with a rigid daily routine arranged around work and therapy. The novel is set mainly in an intensely wintry, sooty early ‘60s England, but burns with the fierce bright light of the Pacific.

She deplores her loneliness while relishing the imaginative scope it gives: “When she came to this country her body had stopped growing, he bones had accepted enough Antipodean deposit to last until her death, her hair that once flamed ginger in the southern sun was fading and dust-coloured in the new hemisphere.”

As richly distinctive as any of Frame’s works, it is imbued with one of the most paradoxical of human emotions: an emigre’s longing for home.

Tags: Catherine Taylor  Guardian (The)  Janet Frame  Towards Another Summer