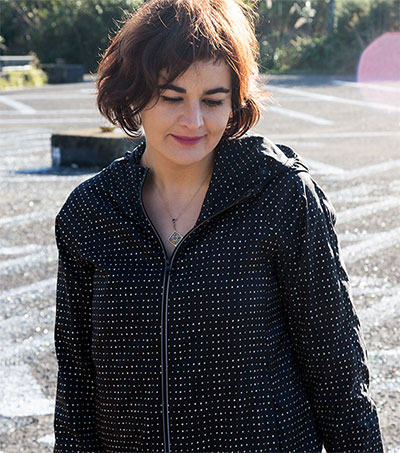 It is the kind of news we all dream of receiving, but New Zealand author and poet Ashleigh Young, 33, thought it was a hoax when told she’d receive more than $200,000 from one of the world’s richest and most secretive literature prizes, Dionne Christian reports for the New Zealand Herald.

Unsure if it was a scam, and she strongly suspected it was, she forwarded it to her Victoria University Press boss, Fergus Barrowman, who told her to open it.

“I nearly sent it straight to my spam folder,” admits Young, who didn’t know she was in the running for such a prize. “I was completely gobsmacked. It’s not an amount of money or the type of thing I’ve ever thought I would have to think about in my life. It still seems entirely abstract.”

She is the first New Zealander to receive a Windham-Campbell Literature Prize and, like previous recipients in its five-year history, knew nothing about it until the email notification arrived.

Established by American writer Donald Windham in memory of his actor-partner of 40 years, Sandy Campbell, the Windham-Campbell Prizes are given to English language writers of poetry, fiction, non-fiction and drama anywhere in the world.

Previous winners include Tom McCarthy, Helen Garner and artist-turned-author Edmund de Waal. Potential recipients are nominated confidentially and those nominations are then considered and judged anonymously by a nine-member jury.

Young, who is originally from Te Kuiti, holds an MA from the International Institute of Modern Letters (IIML), Victoria University.