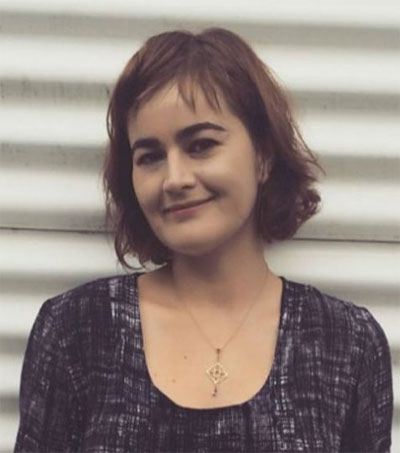 “When I uprooted my family from Seattle this year to move to Wellington, I knew little of the foreign, faraway place beyond its reputation for grey days and great coffee,” Maggie Trapp writes for The Washington Post. “My first introduction to the country was on the long flight over when I read Can You Tolerate This?, a stunning essay collection by New Zealand poet Ashleigh Young, and it immediately put me at ease. Her lyrical perspectives on quotidian moments had a universal quality that made me feel like I’d be right at home in the Antipodes.

“Young’s essays, which won the 2017 Windham-Campbell Prize in Nonfiction, are wry, confessional, understated and often hilarious. Each piece lifts you up and deposits you in a place you never expected to find yourself. They startle with their immediacy and candor; they offer comfort even as they ask you to see things anew.

“Young is a sharp observer who revels in her sense of the absurd and uses precise language and striking images. The memoir-like collection begins with a story about a real-life boy ‘with a lopsided smile and sticky-out ears’ who grows a second skeleton and becomes increasingly disabled. The story immediately proves Young’s penchant for fresh language, which she wields with indelible results. Describing pictures of the boy, Young writes, ‘As stark as these photographs are, they also show grace. Harry looks poised, as if about to raise his arms above his head and pirouette . . . Even as he is wracked and pushed about by his new skeleton, he flows.’

“Young also writes lovingly and acerbically on the ins and outs of audible public breathing, her brother’s vexing sartorial choices, her mother’s sense of self and comical encounters she had as director at the Katherine Mansfield Birthplace.

“[She] shares with us her complicated yet fierce attachment to her parents, her brothers, her daily life and, of course, to New Zealand itself. Her attachments provide the lens through which she conveys her experiences. The essays, though sad and triumphant at times, are neither self-pitying nor self-congratulatory. Rather, Young, like the best essayists, writes with humorous self-regard about her own lived small moments, which reveal as much about us as they do about her. The intimacy of her stories creates a connection, making even a foreign place feel like home.”

Tags: Ashleigh Young  Can You Tolerate This?  Washington Post (The)