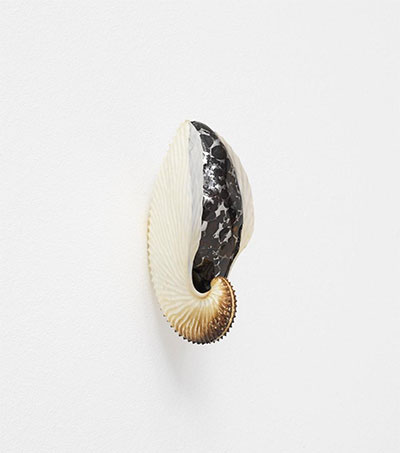 Gazing at the stars is something that Berlin-based, Auckland-born artist Zac Landon-Pole has been doing for some time now. He had contemplated celestial mapping through his Passport (Argonauta) creations where meteorites were hand-carved to fill the apertures of fragile paper nautilus shells made by an octopus. Y-Jean Mun-Delsalle interviews Langdon-Pole about his recent body of work for Forbes.

“I’d been thinking about things from the depth of the sea and then the depth of space, this in-between space between borders and between national territories,” Langdon-Pole explains.

Langdon-Pole’s photograms were made using sand samples he had collected from specific locations like the Marshall Islands or Berlin, stops along his four-month-long BMW Art Journey completed in 2019, which saw him travelling from Europe to the Pacific Islands to explore the differences and similarities between how people have mapped the stars throughout history.

“The beauty of this programme is that there’s not a great expectation that everything you do should become art,” Langdon-Pole discloses. “It’s an amazing generosity and privilege to travel purely to go see things and not for it to be qualified or quantified in a productive output sense since a lot of my work is quite slow.”