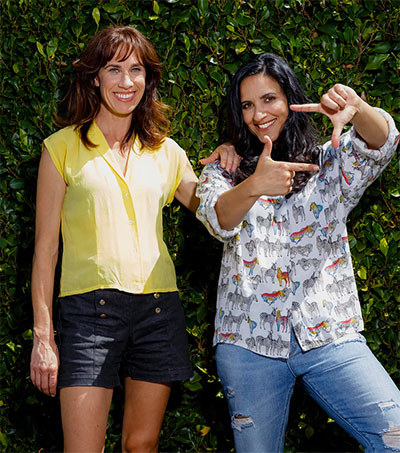 Tempting though it may be to stereotype the straightforwardness of the Australian psyche, once parodied in Private Eye’s Barry McKenzie comic strip, and assume it still offers an antidote to British social niceties, New South Wales comedian Sarah Kendall argues that female comics from Australia and New Zealand are simply contributing to a bigger worldwide feminist conversation.

“The international nature of the festival circuit means we are all travelling around much more and influencing each other. You really don’t need to explain you are Australian any longer,” Kendall said.

Last month Netflix sealed a deal to show the New Zealand film The Breaker Upperers, already a runaway success at festivals. A black comedy, it tells of two women who offer to help women to ‘consciously uncouple’ from unwanted partners. It was written by and stars Jackie van Beek and Madeleine Sami, and was made by Miss Conception, a New Zealand production company also run by two women, Ainsley Gardiner and Georgina Conder.

Prominent among a list of at least a dozen antipodean women who can now top a standup bill is Rose Matafeo, the comedian and television presenter from Auckland, who is performing at Edinburgh again [this] month. Part of what has been called ‘a Kiwi invasion’. Matafeo will attempt to repeat the success of her show from last year, Sassy Best Friend.