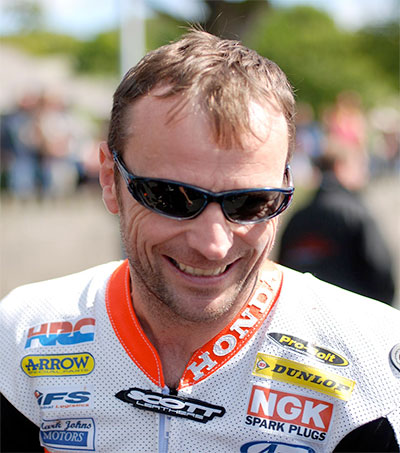 Professional motorcycle road racer Bruce Anstey, originally from Wellington, has set an unofficial record for electric bikes, on the same day he broke the outright lap record on a petrol bike, at the 2014 Isle of Man SES TT Zero second qualifying session.

“The Kiwi went round in 112.355mph (20 minutes 8.914 seconds) setting an unofficial record for the green emissions class,” the Isle of Man Today reported.

Anstey, 44, made his Isle of Man TT debut in 1999. He is now signed to race for Padgett’s Honda, having previously ridden for Relentless Suzuki which is based in Northern Ireland.

Anstey was diagnosed with cancer in 1994, but never stopped racing and has proven himself as one of the most successful  TT riders in the world.

Racing continued on Monday and concludes on Wednesday, with the final race taking place at 10:45am local time.