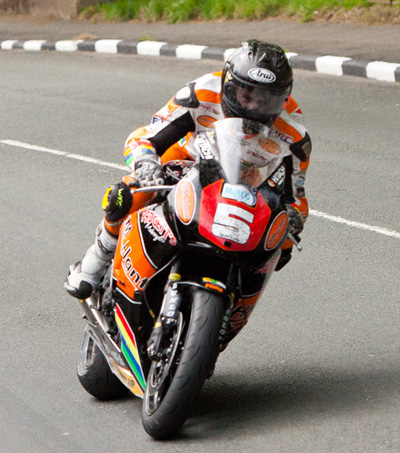 Bruce Anstey, riding for the Valvoline Racing by Padgetts Motorcycles, has taken “the chequered flag with a margin of just over ten seconds from PBM Kawasaki’s Ian Hutchinson” on the famous Isle of Man circuit.

“I can’t believe it – I’ve been waiting a long time for this. I’ve won all the other classes but this is the one I wanted. The bike ran perfectly”, Anstey told the BBC.

After a speedy pitstop the New Zealand racer started the fifth lap as a leader leaving Ian Hutchinson and James Hillier on second and third place.

On his final circuit Anstey also set the fastest lap of the day at 131.977mph.

The second and third placed racers led the field at Glen Helen on the first lap and swapped first position back and forth before being overtaken by the New Zealander.

Another contender, Dunlop seemed to be on for lap record and a solid third place until a crash at the Nook which also involved Scott Dixon.