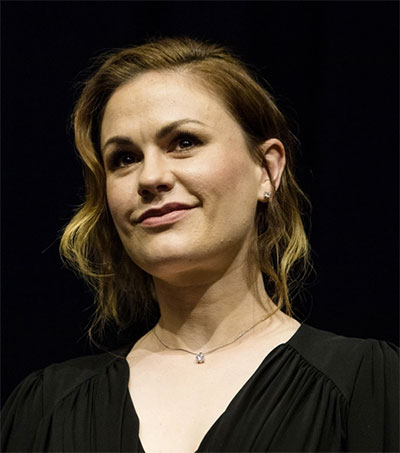 Anna Paquin Stars in New Film Tell It to the Bees

New Zealander Anna Paquin’s new film, Tell It to the Bees may be set in a small Scottish village in the 1950s, but it deals with issues that are still stubbornly topical. The drama about two women (Paquin and Holliday Grainger) who are drawn together and then ostracised by their local community, touches on issues such as LGBTQ rights and reproductive freedoms.

That’s part of what attracted Paquin to the indie drama, which screened at this year’s Toronto International Film Festival.

In Tell It to the Bees, Paquin plays a doctor named Jean who falls in love with Lydia, a struggling single mother (Grainger) and invites her and her young son Charlie to live in her home. Their friendship quickly becomes a source of controversy. Paquin spoke with Variety about making the low-budget drama, the #MeToo movement, and whether or not she’ll reprise her role as Rogue in the X-Men franchise.

“The complexity of the relationship of Lydia and Jean and Charlie and having the chance to explore what I think is still a hot topic,” Paquin tells the magazine. “The film is set in a period when being part of the LGBT community was unacceptable. One of the things it highlights is how much stigma and lack of understanding there was. We’ve still got a long way to go in that movement, but it was exciting to see the origins of the push by people to say we’re proud and we’re not going to hide in a corner.

“It’s been so validating to see all these amazing women stand up and use their voices to encourage change. I hope that we create more stories and make more movies with women at the centre of things. We need to stop only being offered the boring wife or girlfriend roles.”

In a review of the film for Screen Daily, Allan Hunter wrote:

“[Director] Annabel Jankel’s tasteful, touching adaptation of the Fiona Shaw novel offers a reminder of the forces that could destroy lives in less enlightened times.

“Paquin’s Jean is a reserved, starchy figure and you wonder how much of that can be attributed to the British accent she adopts. The range of the performance becomes more apparent as the glow of romance thaws Jean, and Paquin brings out her warmth and humour.

“Race, sexuality and masculinity are all touched on in a successful attempt to reflect the bigger picture of an era in which the slightest transgression could be met by the harshest of punishments.”