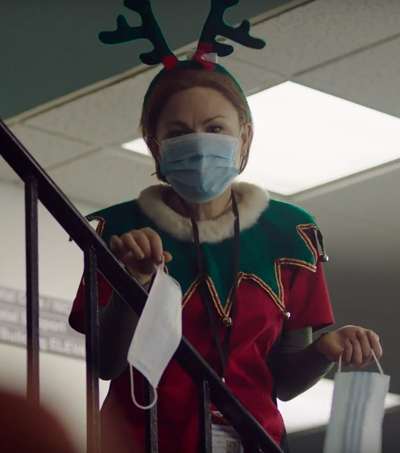 Anna Paquin: “You Don’t Do It for Fame, Finance or Glory”

“Sitting down with Variety’s chief film critic Peter Debruge, Paquin discussed the release of her newest independent movie at the Karlovy Vary Film Festival in the Czech Republic.” Tara Bitran reports for Variety.

“The drama was written by and also stars Denis O’Hare, Paquin’s former co-star on True Blood, while Stephen Moyer, Paquin’s husband and “True Blood” love interest, makes his directorial debut on the feature. The trio also have a production company together,” reports Bitran.

The Parting Glass “revolves around a “family coming together in the wake of the suicide of one of the siblings.”

“It is a pretty challenging and quite dark, but a strangely uplifting and humorous-at-times family drama,” said Paquin.

“You do it because of the love of the art — because of stories that you passionately want to tell. And this is one of those for us.”