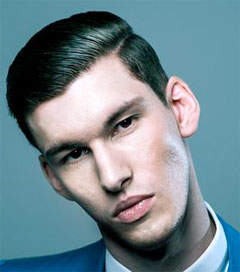 “As much 50s rockabilly as dubstep devotee, there is no middle ground with the unique Mr Moon,” Gregor Hollerin writes for The Extra. New Zealand-born Moon’s debut album – Here’s Willy Moon – hits the shops next month. “Only one of its 12 songs lasts more than three minutes and not a single note is squandered. No bets were hedged during the making of this record. Moon said: ‘I always loved the relentlessness and excitement of that first Ramones album and there’s something of that spirit in there.’ Moon spent last summer playing festivals across Europe, including Cannes film festival and recently made his debut on BBC2’s Later… With Jools Holland.” He also performed at Austin’s SXSW festival in mid March. Moon, 23, lives in London.