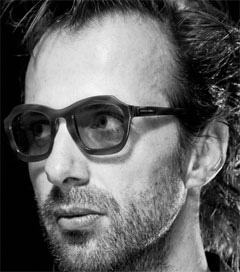 “Though it centres on the final UK show of that comeback tour, in December 2012, Pulp is more than a conventional concert documentary. Conceived in collaboration with the Berlin-born Habicht, this film is as much a warm and witty love letter to the band’s home city of Sheffield as it is to Pulp itself.

“Making its world premiere at SXSW [9 March], this artful and intelligent rock-doc will likely land further festival play before opening in the UK theatres in June. After that it should find a modest but fiercely dedicated audience among the band’s global fanbase, on both big and small screen.

“Even if it tells us nothing new, Pulp is still a handsome cinematic homage to a unique band, a proud city and the unifying power of pop music.

“[Habicht’s] previous feature, the 2012 festival prize-winner Love Story, was an inventive mix of documentary and rom-com fantasy partly credited to the New Yorkers who directed the plot in random vox-pop interviews.”