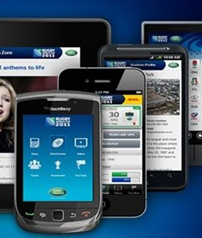 All Eyes on New Zealand

Social media is being used to help ensure the whole planet can keep up to date with Rugby World Cup action. As New Zealand seems like the end of the earth to many people, World Cup organisers have focused on ensuring the country is able to reach as many people as possible during the six week tournament. “This is an unprecedented opportunity for New Zealand to place itself in front of the world,” says Bridget Abernethy, Rugby New Zealand 211’s project manager for business engagement. “Social media is a means of reaching out to not only all the people who are coming here but also to those who for whatever reason could not make the trip.” Rugby New Zealand 211 has set up Facebook, Flikr and Twitter accounts for the event and needed to employ a full-time Twitter team to manage the account in light of the attention that was being generated. The strategy is paying off so far, with over 1.2 million people already following the tournament on Facebook and an estimated 4 percent of all ticket sales being generated by social media.