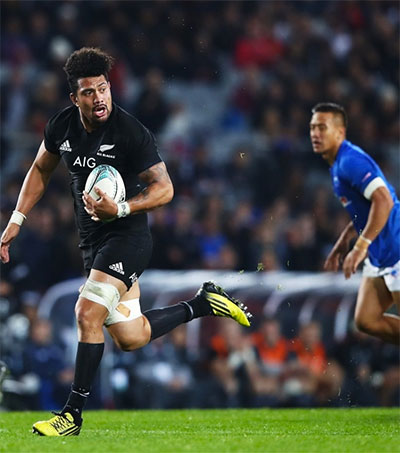 “The All Blacks were at their sublime best in a 78-0 drubbing of Samoa that will have the Lions hoping the losers had an off night. Otherwise the tourists face a daunting task here in [this] week’s first Test,” Jim Kayes reported for the Guardian from Eden Park.

“This was a game organised for New Zealand to stretch legs, test combinations and put together a few moves,” Kayes wrote. “They did that and a fair bit more in a match that quickly became little more than a training exercise as they ran in 12 tries, eight of which were scored in the second half. The All Blacks have not lost at Eden Park since 1994 and, unless the Lions find a way to slow down their attack, that remarkable streak is likely to remain intact.

“Samoa are renowned for their physical defence but this demolition did little for that reputation as New Zealand blew out any cobwebs (and there were not many). This was rugby the way it is played on the training field – where every pass sticks and moves come off with silky timing.

“Perhaps more than anything else, [Lions coach New Zealander Warren] Gatland will have learned the secret to beating New Zealand is not much of a secret. The Lions will have to keep it tight, make it an arm wrestle, be disciplined, kick carefully and make their tackles.”

The All Blacks play the Lions on 24 June in Auckland.