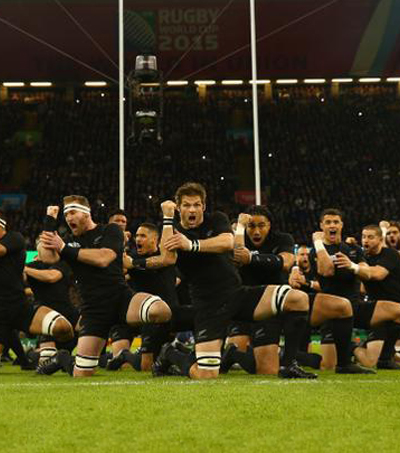 “New Zealand are not only the world’s leading rugby nation. They also own the game,” writes Simon Barnes in an article on ESPN.

“On Saturday night the All Blacks beat France so completely that it seemed that myth and reality were finally reconciled”.

“The distinctive team uniform is a primordial and brilliant piece of branding. Their nickname is used almost as often as the name of nation, slavishly, sycophantically”, according to the article.

“New Zealand are not just as better than everyone else, they’re also more important. Being New Zealand is what other nations aspire to.”

The myth around the New Zealand team was born in 1905-06, when they were first referred to as The All Blacks. On their tour of the UK, France and North America they only lost one out of 35 games.

That dominance and myth exists around teams of other sports as well, although, as Barnes points out “seldom to the same extent.”

With their moral and statistical dominance of the game from 1989 to 2005, Australia have managed it on and off in cricket. Brazil won three football World Cups between 1958 and 1970 and Real Madrid had a similar kind of dominance in European club football when they won the first five European Cups between 1956 and 1960. Under Sir Alex Ferguson Manchester United managed the same thing domestically.

In baseball it is The New York Yankees, who possess the same sort of mystique – they established themselves as a team that had a right to win.

No other team than New Zealand in no sport has created such a big myth like the New Zealand All Blacks – a great black shark in the comparatively small pond of international rugby”.