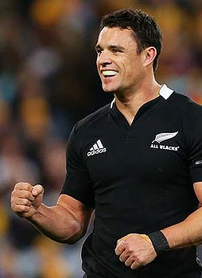 All Blacks Kick the Scottish

The All Blacks have enjoyed a great start to their European Tour, beating Scotland 51-22 at Murrayfield on Sunday. Despite a competitive Scottish side, the experienced All Blacks team played in a different league, showing their skill at converting chances into points. Scoring six tries – including two by winger Julian Savea – the All Blacks played to win, successfully preserving their 107-year unbeaten record against Scotland. But it was Dan Carter that was the star of the match, playing one of his best games and kicking his way to 21 points. Carter is pleased with the team’s performance, but admits there are areas that need work. “We wanted to get this tour off to a good start and we were obviously up against a Scottish side who were full of energy,” Carter said.