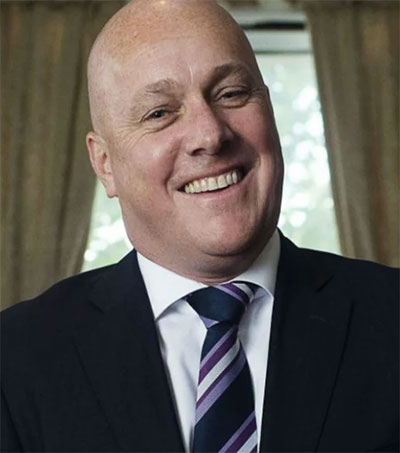 Seven years to the day since Air New Zealand chief executive Christopher Luxon was appointed to the job he has resigned flagging a possible career in politics. Stuff business reporter Susan Edmonds reports on the move, with the story reprinted in The Sydney Morning Herald.

Chairman Tony Carter said Luxon had made an outstanding contribution to the airline, which has experienced a period of enhanced profitability, strong dividends to shareholders, record customer satisfaction scores, outstanding brand health and the best corporate reputation in New Zealand and Australia during his seven-year tenure.

“It was on this day seven years ago that Christopher’s appointment to the role of chief executive officer of Air New Zealand was announced,” Carter said.

“The opportunity to lead New Zealand’s most iconic company will attract many great candidates both internationally and within New Zealand. The board has commenced an international search and expects to be in a position to announce the appointment of a new chief executive in the near future.”

Carter said Luxon would remain be in the role until 25 September.

Luxon said he was proud of what the airline, which is listed on both the New Zealand and Australian stock exchanges, had achieved under his tenure.

“Our customer-centricity, commercial focus, and highly engaged culture have made Air New Zealand the most revered company in our part of the world as reflected in our corporate reputation rankings on both sides of the Tasman,” he said.

“I do feel it is the right time for a new leader to take over and preserve and enhance the good things from our past, but also to put their own stamp on the organisation bringing their own personality and emphasis to the role as I did.”