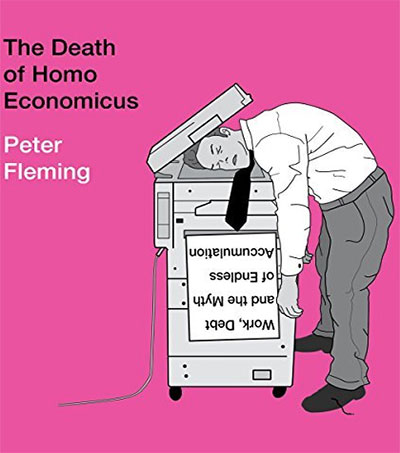 Peter Fleming, an amiable-sounding New Zealander, professes for a living at the Cass Business School at City University London. Once, business schools taught accounting, finance, and profit-and-loss. Nowadays the institutions seem to specialise in profit-IS-loss critiques of capitalism, the social system that made them possible (or at least made them possible at compensation levels the critical profs insist on), William Watson writes for Canada’s Financial Post.

Fleming, author of the recent book The Death of Homo Economicus: Work, Debt and the Myth of Endless Accumulation, says, “Most economics textbooks don’t tell us the real reason why homo economicus was probably invented.”

“[Fleming’s] themes [concern]: the ‘widening corporate hellscape everywhere,’ ‘neoliberalism – the reduction of all social life to the logic of profit-seeking behaviour,’ the ‘uber-rich’ (by which he doesn’t mean high-income ride-sharers) being ‘wealthier now than ever.’ ‘Rupert Murdoch and Goldman Sachs have commandeered the state and effectively de-democratised it’ and that’s just ‘the elite we can see’ (cue the shark music from Jaws),” Watson writes.

“‘Capitalism creates a good deal of socio-economic “crap” as a rule (e.g., pollution, stress, insecurity, in work poverty, waste, etc.), the inevitable collateral damage of profit-seeking behavior … Homo economicus was meant to be an effective relay mechanism, shifting capitalism’s excrement to the next least-powerful party in the sequence. This is what rationality and efficiency really means in the context of free-market capitalism.’ [Fleming says] If you like your economics earthy, if imprecise, this is the book for you.”

With fellow New Zealander André Spicer, Fleming co-authored Contesting the Corporation: Power, Resistance and Struggle in Organizations. Fleming is also the author of Mythology of Work: How Capitalism Persists Despite Itself.