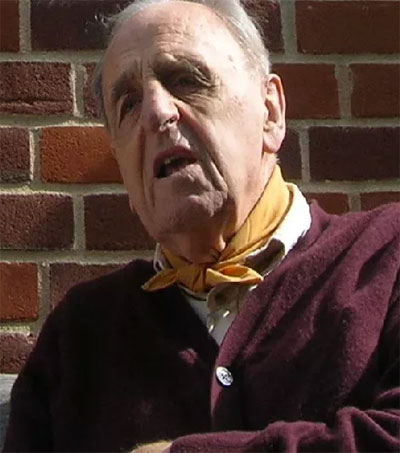 Auckland-born George Cawkwell, “who has died aged 99, was Scotland’s oldest rugby international having won one cap against France. He was also a distinguished academic, author and teacher in the field of ancient Greek history at Oxford University,” The Scotsman’s Jack Davidson writes in an obituary.

Cawkwell left New Zealand in 1946 for Oxford as a Rhodes scholar “to study at Christ Church College after war service”, Davidson writes. “Within months he won his first of two ‘Blues’ playing at second row for Oxford University against Cambridge in the Varsity match in December 1946, after which promotion to the Scottish team came quickly with his cap against France in Paris on New Year’s Day 1947. Although later that year he represented Oxford against the touring Australians and won a second ‘Blue’ against Cambridge, his services were never called upon again by Scotland.

“In 1948 he graduated with a first class honours degree in Greats, the study of ancient history and philosophy, and a year later became a Fellow of University College, Oxford, the beginning of a mutually rewarding association that would endure for the rest of his life.

“Although he fulfilled many important roles including College vice-master between 1980 and 1985, he will be particularly remembered for the quality of his teaching, his immense contribution to general university life and the valuable and empathetic support extended to students, many of whom remained in contact with him long after graduation. He is believed to be the college’s longest serving Fellow and one held in the highest regard and affection, reflected in the endowment of a permanent Fellowship in his name. He wrote several books including Philip of Macedon, Thucydides and the Pelopennesian War – for which he won the Runciman Prize – and The Greek Wars – the Failure of Persia.

“A physically commanding presence in his prime at 6ft 4in, and tipping the scales at over 15 stone, he could be a dominating figure but his generosity of spirit, genuine interest in others and commitment to educating and improving his students’ lot endeared him to generations.

“His Scottish attachment was underlined by annual family holidays at Morvern by Lochaline where he learned to fly fish. While he continued to follow rugby, he thought it was a different game nowadays, resembling ‘mercenary warfare’. He also maintained his interest in cricket, his true sporting love, in which he was happy to support England against all comers but in rugby his native All Blacks remained his number one team. He and his wife returned several times to visit New Zealand, once enjoying a sabbatical term at Otago University. Friendly and compassionate, he lived life to the full and remained very engaged culturally, socially and politically.”