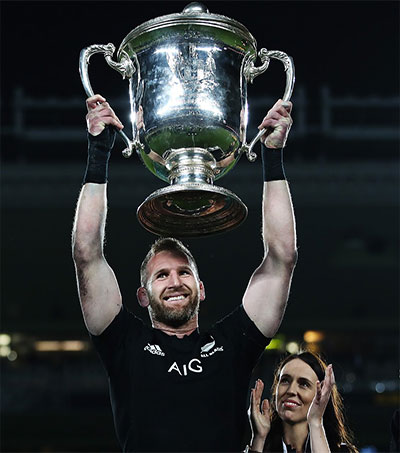 New Zealand has won the Bledisloe Cup for a 16th consecutive year with a 40-12 victory over Australia at Eden Park in Auckland.

Will Genia and Reece Hodge scored tries for Australia, with Bernard Foley landing one conversion.

New Zealand added to their 38-13 win in Sydney, with the games also part of the Rugby Championship.

Like in Sydney, Australia was competitive until half-time when the score was 14-7 before the All Blacks pulled away after the interval. Barrett’s four tries is a new All Blacks record in a match against Australia.

The Bledisloe Cup is the annual three-match series between New Zealand and Australia, with the third fixture taking place in Yokohama, Japan on 27 October.