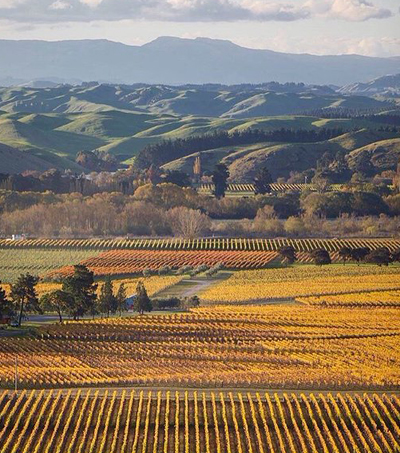 A Country for All Seasons

“New Zealand provides spectacular escapes whatever the time of year, but spring and autumn often deliver unique opportunities for travellers,” writes Paul Bloomfield in an article for The Telegraph. New Zealand “as a whole enjoys higher temperatures and longer daylight hours than the UK in comparable months; on average, both Auckland and Christchurch boast over 30 per cent more sunshine hours each year than London, Edinburgh or Birmingham,” according to the article.

Hiking in the off-season is quite different from hiking in peak season. Some tracks (Tongariro Crossing for instance) require a guide because of possible snow fall, but other than that you’ll have the walks virtually to yourself.

There aren’t many countries where you can ski in the morning, “hike or bike a snow-free trail in the afternoon then sip a sundowner amid spring blossoms.” New Zealand is one of them. The ski areas on Mt Ruapehu, Turoa and Whakapapa, don’t close until late October, which is when most tourists will have left.

Hiring campervans is the norm in New Zealand; however, campsites can get really busy between December and February. “Spring and autumn offer flexibility: turn up, plug in and stay as long as you like” and costs dip, too.

Much of Christchurch’s “central west remains the epitome of idealised England past: punts, boathouses, well-tended flowerbeds,” writes Bloomfield. “From September, the Botanic Gardens and sprawling Hagley Park don capes of gold and indigo – daffodils and bluebells – while cherry blossoms, magnolias and rhododendrons harmonise the symphony of colours.”

Renting a bike to explore one of the many great biking trails of New Zealand is a lot cheaper in shoulder season. Bloomfield rode the Little River Rail Trail southeast of Christchurch with “jagged volcanic ridges looming over his left shoulder and the bird-bustling expanse of Lake Ellesmere glinting to his right.”