Mayor Phil Goff is correct that the dislocation of expelled, Australian-raised, criminally minded, New Zealanders, back to Aotearoa has acted as a violent force majeure on already marginalized communities of the poor, particularly in Auckland. These deportees have brought with them a philosophy of hyper-materialism. Their disconnection from New Zealand communities means that they are relatively disinhibited about the consequences of their behaviour. The violence that accompanies them is a contagious disease.

The Mayor has a predisposition towards seeing the Police as providing the solution to violence on our streets. He has held this view for many years. I remember when Phil’s hands were still sweaty with the ideology of neo-liberal economics. He was the Minister of Employment and I was the Chief Executive of the Group Employment Liaison Service (GELS). He told me at our first formal meeting that he was going to disestablish the work schemes because he wasn’t having “bad” New Zealanders in employment when “good” New Zealanders were unemployed. His neo-liberal bias led him to promoting hard-on-crime policing, assuming, incorrectly, that if the tariff for offending was increased people would eventually get the message and comply. Clearly our prison statistics demonstrate that he was wrong. The failure of our criminal justice system bears some of Phil Goff’s neo-liberal DNA.

Like the early Pakeha inhabitants of Wellington who moved from the flats of Te Aro to the higher ground of Karori because they attributed illness to the “bad air” of the sewers, Phil’s ‘bad people crims’ analysis is also wrong. What we are experiencing is contagion. Organised crime is one thing. The Police have recently had their arm strengthened to deal with it. However, the gun violence on Auckland streets is another matter altogether.

Phil needs the assistance of social epidemiologists. The real concern is the trans-Tasman social contagion of violence. It is viral, a form of social epidemic or plague. We need to interrupt transmission, prevent spread, and re-establish the norms that have kept us relatively safe since the late 1980’s. Gun violence is a contagious disease. As I’ve indicated, the Police have their part to play in combating organized crime and dismantling the respective criminal apparatus. But the ‘disease’ of gun violence and the underlying beliefs and behaviour that drive and enable it are more about community biology than criminal structures and require a response other than policing. Gun violence is an issue of public health, and the international literature evidences that. We even have our own Auckland-based evidence of the efficacy of the response I’m proposing[1] to a spate of eight youthful “colour gang” murders around South Auckland a decade ago. We mayor philPhil Goff recruited a team of old school gang members who had been through the process of ‘redemptive self’. Led by the late Roy Dunn they engaged the perpetrators, interrupted further transmission, and resolved the issue, till now.

If this were the field of fauna and we’d discovered Queensland Fruit Fly or Myrtle Rust we would have MPI staff and officials setting up a cordon sanitaire, deploying staff to interrupt transmission, identifying first cases, tracking the sequence, and getting outreach workers to give and receive information and build trust. Where is this workforce?

What is now MSD once housed a team of Group Employment Service change agents who freed up the flow of programme resources to the hard to reach and marginalized communities.

Even though I’m saying that this is a public health issue I’m afraid to say that my recent experience with the Ministry of Health leads me to conclude that they are ill equipped to facilitate an effective community response to this sort of crisis.

In April this year, at the Inaia Tonu Nei Maori Justice Hui, Justice Joe Williams stated that the most effective response to the criminal justice crisis faced by Maori was through the practice of whanaungatanga, the connectedness of family. He’s right, just as Phil Goff is right to identify the disconnectedness of our returned citizens.

Lets, go about combating this contagion in a two-pronged way then. Let the Police deal with the organized crime element. At the community level lets see if we can build a “coalition of the willing” to interrupt the transmission of gun crime, prevent spread, and regain old peace-making norms, or create new pro-social norms in the context of the modern world of social media.

One thing on that, the late Justice Sir Clinton Roper in his much-ignored 1987 Report on Violent Offending suggested that the Police and media refrained from promulgating gang nomenclature. He believed it to be counter-productive, giving notoriety, and promoting recruitment. I agree. 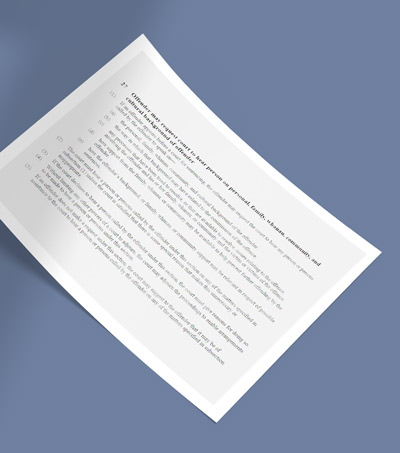 Cultural Reports under Section 27 of the Sentencing Act seek to address the entrenched asymmetry or negative disproportionality in criminal justice outcomes for Māori offenders. Its complex. Justice Sir Joe Williams…