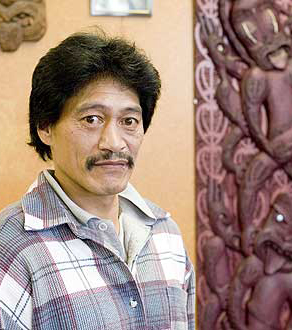 On the second to last Monday of July 2018 my friend and brother Ranga Tuhi rang. “They’ve told me I’ve got 48 hours to live.” He need say no more. I was on my way from the Bay. Ranga lasted a little longer than predicted, eventually consumed by an aggressive and rapidly spreading cancer, exhaling his mauri mid-morning on Wednesday, the first day of August, 2018, in the loving arms of his wife and partner Frances (nee Whaanga). They had been formally married but five days.

That last week of his life was portentous. He was meticulous in planning his exit, stipulating what would be done and who would do what. But as always, life, even as it closes, is full of surprises. One such was the visit to his bedside by his cousin Nanaia Mahuta. Nanaia left her Honourable title at the door with her shoes. She came humbly, as whanaunga, and in this gentle and loving action she lifted from Ranga a sense of whakama, shame for his past criminal deeds, the taking of another man’s life, and replaced it with a redemptive acknowledgement of the extraordinary social contribution he had made since his release from prison, some fourteen years ago. After general korero Nanaia moved to the side of the bed. “Give me your hand.” Ranga smiled and reached out. Hand in hand, through Pai Marire karakia, Nanaia began to invoke the ancestral power of their shared Kingitanga tipuna. Redemption song. Nanaia brought him peacefully home to his Tainui people from whom he had been estranged.

This experience uplifted Ranga so much that he and Frances decided to complete a mission they had determined upon before he fell ill, to get married, even though they had lived as husband and wife for many years. On the marriage day Frances looked radiant, in bridal veil and korowai. Ranga also, standing strong, enshrouded in his koru-decorated cloak. Ranga’s cousin Hori Epere, who had flown down from Pukekohe to preside at the funeral service had a rapid change of role to marriage celebrant. The kotiro mokopuna, the flower girls, showered rose petals as Frances was led by her son through a crowded room of wizened crims and close whanau to her husband-to-be. Ranga’s son was his best man. There wasn’t a dry eye in the room.

In the following days Ranga made the transition from life to death, one foot in the present, one in the hereafter, ka mate, ka ora. 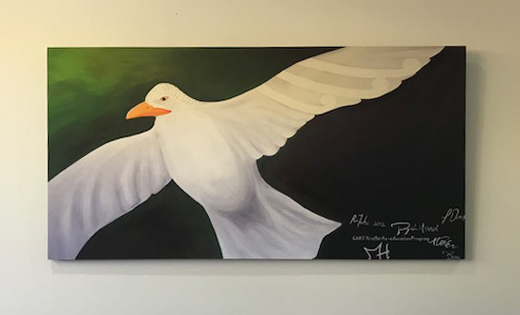 Te Rangatira Jack Tuhi was born on the 28th November 1958. As was the custom of the day he was given as whangai to the care of his grandparents, koro Rangatira Jack Tuhi and whaea Connie. They lived in a little house on a rise above Pukekohe. In the style of Te Puea Herangi whaea Connie was a powerful figure in the Kingitanga recognised as a leading kuia by all of the marae in the Pukekohe area.

The land wars were long over but the consequences were still in play and whatever plans she and koro Jack had for their mokopuna were to be foiled by a misguided State. Ranga ended up in state-care and is a case study of what the current enquiry led by Sir Anand Satyanand seeks to reveal. He became a member of what Jimmy Baxter called “the tribe of nga mokai”, the fatherless ones, joining the Wellington Black Power and then eventually the Nomads. He was a fearsome warrior, respected and feared in equal proportion.

The consequences of his lifestyle were almost inevitable and self-defeating as it may have been. He ended up serving a life sentence, generally earning the status of “kingpin”, at the penal institution of the day.

But, then, the redemptive script began to be writ. I’d told my friend the late Dr Ian Prior about Ranga. Ian insisted on meeting him. During a scheduled visit Ranga looked at this tall, elderly, but distinguished looking Pakeha. “What do you do?” Ranga asked. “I’m an epidemiologist” said Ian, “and what do you do?” “Oh” said Ranga. “I run the prison, and I don’t mean I work here”.

With the support of the Willy Fels Memorial Trust, and as a demonstration of the absurdity of the “three strikes” legislation, Ranga ended up going to Massey University and gaining an honours degree in computer based graphic arts.

He was also an accomplished carver, creating a huge pou at Nga Hau e Wha Marae in Pukekohe, and a pou in the meeting house at Massey University Kuratini Marae, Wellington. But his most distinguished works are the pou carved to memorialise Elespie and Ian Prior. These are erected at the Prior family house in Queenstown, opposite the entrance to the Botanic Gardens, much to the delight of Asian visitors who recognise them as “dol hareubang”, grandparent figures.
In recent years Ranga served as a trustee of the Consultancy Advocacy and Research Trust (CART) and undertook work with hard to reach and difficult to deal with young people in Wellington, Porirua, Hutt Valley and Wainuiomata through the medium of public art murals. Despite his ill health he was concerned for the ongoing support of the rangatahi and insisted not only that CART recruit his replacement but that he got to meet him before he passed. Ranga’s wish has been fulfilled. Haere ra e te Rangatira, haere, haere, haere atu ra e hoa.