Following are details of stories recently published on www.nzedge.com:

NZEDGE HERO: WILLIAM HAMILTON – RIVER KING
(2750 words) Bill Hamilton’s jet-boat revolutionized river and shallow-water navigation. It was a craft that sped people up the Colorado, Ganges, Amazon, Congo, Mekong, Yangtze and countless other rivers and waterways all over the world. The free flowing Mackenzie Country rivers were Hamilton’s pulse and challenge. His jet enabled people to travel for the first time with pace up rivers, thus allowing exploration and supply of goods and medicines to otherwise inaccessible areas. The jet-boat he developed also became a new form of recreation. It situated Hamilton proudly in the lineage of New Zealand inventors who answered our need for speed. Significantly illustrated. A classic, keynote story. Written by Paul Ward. /bill-hamilton/

MESSAGES IN BOTTLES
https://www.nzedge.com/mailbox/26_September05.htm
55 messages about the emotional bonds to New Zealand when living overseas; the right to vote; taking a stand against P; being world beaters and innovators; having your feet in two countries; and more. Received June-September 2005.

RUGBY THAT WAS THE YEAR THAT WAS
Our global CEO rugby correspondent Kevin Roberts takes in the Grand Slam tour. “I was fortunate enough to have major business meetings in Cardiff, Dublin and London on consecutive weekends. Yeah right! Whilst zipping in and out of Europe to places as obscure on the rugby map as Mexico and Korea I was able to land in time to watch the first three tests and to enjoy the global rugby community which has a camaraderie and closeness you simply don’t find in any other sport.” Plus the 2011 World Cup, and lessons of 2005.

NGA KUPU AROHA: WORDS OF LOVE
A closely-observed column from Denis O’Reilly, the acute activist operating on the New Zealand edges with “our most difficult-to-deal-with citizens”, “The tribe of nga mokai/Who can do nothing well/May he keep us out of hell” (Baxter).

Every Atom of that Stone: December 2005 (O’Reilly)
Denis traverses the 125th anniversary of Tareha Te Moananui MP and the continuum of Maori cosmology, the execution of Stanley Tookie Williams, the “P-Promise” in the Hawkes Bay, Chris Tremain’s maiden speech in Parliament, and a Massey University report into methamphetamine use in New Zealand. “The nature of my effort is to mitigate harm and to maximize potential, reduce drag, increase sail, turn criminals to legitimate taxpayers, whatever little shibboleth best sums up the current call to action. Maybe I’m tired and its pre-holiday blues. I’ve had this notion of Sisyphus finishing one haul with his rock up the hill and getting ready for another. On the other hand, that’s what I do so I need to find satisfaction in my travail.”
read more

The Darkside: November 2005
With a second-worst-in-the-world record for incarceration, $800m currently voted for building new prisons, a 15% projected increase in prison populations, an 80% recidivism rate and a damning Ombudsman’s report on the general absence of rehabilitation in NZ prisons, Denis says time to “whoa!”. There’s got to be a better way for everyone. John Wareham (NY-NZ) is a world-top CEO advisor who also teaches communication skills to imprisoned Americans at Rikers Island. He and Denis meet up, with several consequences, primarily the start of a core of change agents among nz gangsta. John uses classical techniques; Denis charts a debate with Wellington’s Darkside (Black Power) and a nz corporate executive team at the Michael Fowler Centre on the subject that “That Pakeha owe Maori a decent living.” And concludes with a beautiful Kevin Tamati story about a haka, and the sidelines of Hawkes Bay rugby league.
read more

Best advice given to me in 05 for going forward contained Francis Ford Coppola’s laws of spontaneous recklessness:
The unlived life is not worth living.
It’s not a gamble unless you go all the way.
Your work is your life – give in to it.
Define success and failure for yourself.
Ask, What does the future want?
Success means living the life of your heart.
Always work on an epic scale.
When you’re in trouble, keep moving.
http://www.fastcompany.com/online/18/coppola.html

If you’ve read this far, thank you and Merry Christmas. nzedge.com has served about 2 million pages in 05 and we’re grateful to every person who has enjoyed our stories. We now publish fairly continuously and if you are wandering onto the site, you’ll find what’s new through the various buttons on the homepage.

We have an edition of a wonderful NZ style/music/art/fashion/food/ wine guide to give to you. It’s called b-Guided. Send me your physical mailing address to brian@nzedge.com and I’ll send you a copy (while they last).

Have a blessed summer or winter, wherever you are. 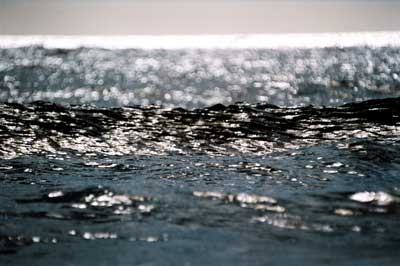 To unsubscribe, hit reply, enter UNDO in the Subject line and then Send.