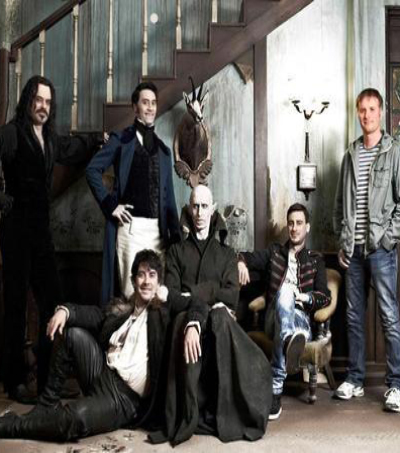 ‘What We Do In the Shadows’ was a big hit at this year’s Toronto International Film Festival, winning the Grolsch Midnight Madness People’s Choice Award.  Its co-creator, ‘Flight of the Conchords’ star Jemaine Clement, talks to Digital Journal about how naturalism played a vital part in making the movie.

What We Do In the Shadows is a unique take on both the vampire myth and famous cinematic portrayals of the bloodthirsty undead.

A 90-minute charmer that incorporates humour, horror, fangs, and friendship, the movie has garnered a wellspring of critical praise since its premiere at the Sundance Film Festival in January, and has travelled to a number of international film festivals, including ones in Germany, Australia, even Transylvania.

The movie is now set to open across North America, and will be part of the opening gala at the imagineNATIVE Film + Media Arts Festival in Toronto in October.

The premise of What We Do In the Shadows is simple: throw a quartet of vampires together in a flat in Wellington, New Zealand, observe the mundane aspects of their world, and see what happens when they try to negotiate the modern world.

The vamps themselves are firmly the Stoker/Rice variety, not the sparkly Twilight kind — charming, funny, scary, hapless, insecure, restless. Never have the undead been so strangely, endearingly human.

“We wanted a naturalism about it,” Jemaine Clement says of the improvisation encouraged in the movie, and the choice not to show performers the movie’s script.

Just as serious was maintaining the humorous tone. “We always wanted it to be light, to be funny. In American films, you’ll be enjoying the film and at the end they’ll have gone a totally different genre of film — they suddenly go serious and the character works through their problem, no matter what it is. To me that always feels like, ‘Why has it changed into this soppy mess?!’ Even when we tried to do a soppy scene, we had jokes in it.”