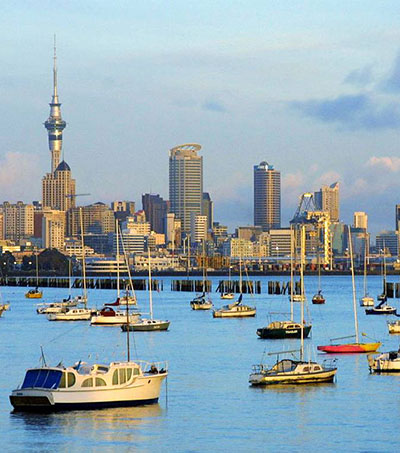 It’s great to be a tourist down under, with travellers naming New Zealand and Australia among the best vacation destinations – the cities of Auckland and Melbourne are the friendliest in the world.

Kiwis and Aussies will be proud to share the fact that the two cities in neighbouring countries tied for first place in Conde Nast’s annual reader’s survey of friendliest cities in the world.

Visitors to both cities are enamoured with the friendly and funny locals and wowed by the culture on offer.

“The people are friendly and their humour and view on life is something to aspire to attain,” The Independent reported.

CNN joked “Aucklanders make joint first place in the Conde Nast Traveler friendliest cities list thanks to their “amazing culture” and the humour they doubtless need to shrug off all those unfunny jokes about Hobbits and sheep.”

Melbourne was a deserving first equal, described as “one of the classiest cities in the world” with the locals “a friendly bunch.”

Melbourne’s abundance of national parks and public art are given special mention by readers, and the magazine itself calls it the “capital of cool” for its cuisine, happening night-life and its world-class arts scene.

Original story written by Zachary Davies Boren on The Independent.