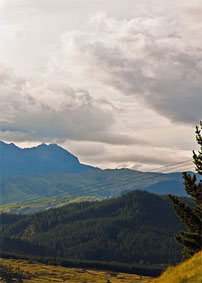 New Zealand reveals many similarities with Appalachia — the eastern United States region that stretches from New York state to northern Alabama, Mississippi, and Georgia — according to The Washington Times columnist Lisa King. “Isolated from…

Professor David Fergusson, founder and director of the Christchurch Health and Development Study, was one of 20 reviewers of the preliminary draft of an American Psychological Association (APA) paper on the mental health effects…

Twenty years on from the discovery of New Zealand sauvignon blanc, Washington Times writer Paul Lukacs surveys the latest on the New Zealand wine market. The Times article is particularly praiseworthy of the pinot…

NZ’s 5 cent coin is soon to be no longer, thanks to a major overhaul of the national currency by the central bank. 1 and 2 dollar coins will remain unchanged but 10, 20…

God of the air axe

Cabinet minister John Tamihere has spoken out in the defense of heterosexual “red-blooded blokes” and been heard around the world. Excerpts of his speech at Epsom’s St Peter’s College appeared in the Washington Times, as well as…

This year’s Oscar nominees sipped on organic coffee supplied by Hawkes Bay company Kea Foods at the pre-awards banquet held at the Beverly Hills Hilton. Kea Foods won the contract ahead of suppliers from all over the…

‘Queen of the Green’ will be Missed

Millie Khan, one of NZ’s best-loved and most successful sportspeople, died unexpectedly of a heart attack in Rotorua aged 65. Khan took up lawn bowls at 38 and was representing NZ 9 years later. She won silver…

Canterbury University psychologist Satoshi Kanazawa lumps men of scientific brilliance and criminals in the same psychological boat, claiming that both dwindle in the creative stakes post-35 – typically sapped by marriage! Kanazawa gathered the ages of 280 scientists…

Denis Dutton-led website Art & Letters Daily hailed as “a one-stop shopping catalogue of intellectual ideas” in Washington Times. The popular site is unique in its ideological range and lack of personal bias. Dutton:…