How on (middle?) earth did one of the Twentieth Century’s most mythic and popular works of literature, JRR Tolkien’s The Lord of the Rings, end up being translated into cinema in the largest movie…

Solace for those lamenting that the southern cross didn’t shine brighter on Hollywood’s star spangled banner: “A Beautiful Mind was a Good Film. Not a brilliant film. If Peter Jackson had directed it, it might have…

‘I’ve never met or worked with a director with a more comprehensive artillery of qualities for a big project like this than Peter Jackson. Someone should give him a medal pretty damn quickly” -…

“I can shut my eyes and imagine the movie playing in my head,” says Peter Jackson, spilling the exhaustion and elation of moving from filming to post-production.

First Baggins off the rack

“The most ambitious undertaking in the film world recently has been Peter Jackson’s filming of the Lord of the Rings trilogy in New Zealand. If the results are as epic as the production, the first…

“I’m so excited to be doing all three movies,” says Blanchett. “It’s thrilling. I wanted this project so badly. We’re talking Peter Jackson. And Tolkien – my God! That man, Tolkien, created a whole…

Lord of the Rings is due to wrap three days before Christmas, right on schedule. Director Peter Jackson notes the authenticity index has climbed during filming: “way back at the beginning we thought there…

“In a nondescript suburb of New Zealand’s capital, the team at Weta Digital, an offshoot of Peter Jackson’s Wingnut Films, is producing more than 1,200 visual effect shots for the three Lord of…

Cate Blanchett Talks About Me, My Elf and I

Blanchett, Academy Award nominated for her performance in Elizabeth is in the final stages of filming another Queen, the role of elf Galadriel in Lord of the Rings. Blanchett explains why an attraction to…

Hobbits boost the local carpentry trade: “They haven’t begun construction of a new Hollywood sign yet on the steep hills that encircle New Zealand`s capital city of Wellington, but it would not be surprising…

Bean Says Boromir No Gamble in Lord of the Rings

Sean Bean has trodden the tightrope between Hollywood Bond villain and small budget independent movies enough times to know that the movie world has its ups and downs, but he says “it’s definitely worth…

Ian Holm, the British actor who plays Bilbo Baggins, oozes enthusiasm about Peter Jackson’s big-budget adaptation of the Lord of the Rings. “There are 130 special effects people and it’s brilliant, absolutely brilliant.” 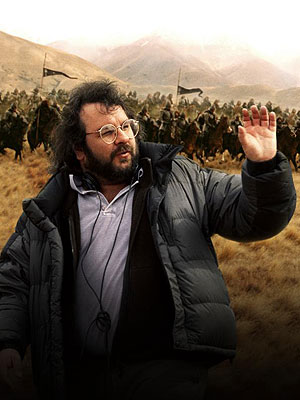 Peter Jackson: “One of the Most Creative Directors Around”

Chicago Tribune, backs the talent of Jackson and a “top notch cast” as Hollywood indemnity for the Lord of the Rings. Jackson was recently voted 7th most promising director for the 21st century in…